While it’s always an achievement for an application to have a good number of downloads on the app store and a high amount of sales; these are simply not enough. Because 25% of mobile apps, after being downloaded, are used only once. Further, there are several SaaS companies with more than 15% churn rate. Simply put, a sign of every successful application is that they endure repeated usage. Things like notifications, analytics, etc. matter, along with ensuring that your software has a great mobile app design. Because it’s the user experience that determines how comfortable your users are in using the application. And in today’s age of increasing competition, you must ensure that you stay up to date with the latest Mobile UI design trends for 2020.

At Walkwel, we get queries from leads who’re trying to enter a market that’s already saturated, yet there’s scope for doing better. To make the app stand out, it’s important to have a fascinating Mobile app UI design. Here’s what our design team does to ensure that the apps are good to look at, enduring repeat usage, thereby increasing the client’s business:

► We Focus on Customer Experience

This goes without saying that we spend a long time understanding the profile of the user, and how it’ll be for them to use it. With experience, we’ve seen that while younger ones are more into things like flat design and graphics that stand out; elder ones care more about getting things done without much hassles. For one of our clients, their users involved 60+ aged people who weren’t very good at typing. When doing iPad UI design, we made the application as much voice controlled as possible, which would turn on the mic when users had to type and then they could dictate to write what they had to share. Also, to focus more on accessibility, we used big sized fonts.

► We focus on real-time gestures

When it comes to Mobile UI design, the intent is that the users should be able to perform actions there itself, without having to first select the fields and then click on the submit button. That is, the users should see the progress in real-time. We did this in Android app UI design for one of our clients who manufacture baseball bats, as the user would select the colors, size, sticker etc. and the application would show the end product there itself. Only after the end-user was satisfied with what they were seeing, they could then place the order to get the physical product made and shipped. This is a major advantage of smartphones over traditional desktop, that users can get things done quickly with real-time gestures.

Flat UI design became huge a few years ago, as Jony Ive took over reigns of iOS7, and then pretty much everyone else started catching up on that. Not only in iOS app UI design but also in Android. Now, it became quite commonplace, rather a given. Hence, now to make an app stand out, one has to do different things apart from flat. So, while we do make apps in flat design by default, we incorporate various other elements. For one of the fitness apps that we made, we used vibrant color patterns to indicate the health of a person, 3D effect for actionable items and used gradients to present the results more interactively.

► We put zing in simple text

In one of the LMS apps that we made, there would often be a lot of data to read for the end-user. This had an impact on their attention span. To do something about that, our UX team played around a bit by changing the typeface. We made use of different headers, subheadings, etc. which would make the major points of the topic stand out for the reader and help in their quick learning.

► Our UI Design animate to brighten up things

For one of the learning apps developed by us, our design team made a mascot. When the user (young Asian teenager) was typing in long answers, the Mascot’s face was placed prominently and his eyes would move where the cursor was, as to give an impression to the user that they had a guiding force with them. Then there were other forms of animation, including an intro screen for new users explaining app’s features, transition from one screen to the other with fun graphics, and the results were presented interactively. However, when it comes to animations in iOS and Android interface design, they shouldn’t be done for the sake of it. Animations should be preferred to emulate something real time for the end-user.

Walkwel is a leading Mobile UI design company, with development center in Chandigarh, India. Operational for more than 8 years, our company specializes in native as well as hybrid app development, for Android and iOS. Our intent is to grow businesses of our clients, by creating applications that are beautiful, robust, scalable and secure. For more information on our processes and to get a quote on your app’s idea, contact our sales team. 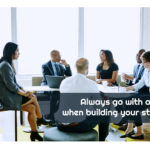 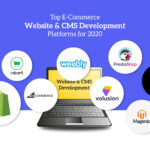